Have your say and take the road to a safer WA 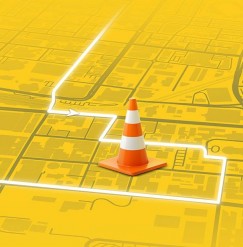 It’s that time again, WA. The RAC want to hear about the riskiest roads in WA so we can work to fix them. Nominations are now open – have your say. Can you think of a road you use that is dangerous? Tell us what it is……

Risky Roads is the largest survey of its kind in the State and recognizes the safety concerns of those who know WA’s roads best – you.

Any road or intersection that poses a safety threat can be nominated, from local streets to major highways, from all corners of our State. Those with the most nominations are shared with government agencies and used by RAC to advocate for more action on road safety.

Nominate a risky road or intersection

Roads and intersections across the State that receive the most nominations are shared with government agencies and used by RAC to advocate for more action on road safety. Previous Risky Roads campaigns have had significant impact. Of the 20 riskiest roads and intersections identified by the WA community in 2016, over half have works funded to improve their safety.